We are your apostles of cultural compentency

We dig beyond the obvious – authentically connect our clients to their consumers at the deepest levels.

Authentic and empathetic conversations are the foundation of our brand narratives, woven from the most trusted of data-driven intersectionality insights. Our multifaceted team operates with an unwavering eye toward delivering on a promise of focused CONTEXT + CONTENT + COMMERCE.

What a brand is NOT – your product, your logo, your website or your name. What a brand IS – a promise, a defining purpose and why you wake up everyday to work. Let us help you find that purpose.

Inspiring movement means we can help you achieve future growth and maintain a relevant product in the market. We love being “in the mix”. Let us partner with you to develop new products or maybe find a new approach or simply collaborate to enhance your existing products & processes.

We are seasoned at developing creative, idea-driven media approaches for every task, against any segment. We deliver every client a custom POA, leveraging our Connate strategic approach to elevate the conversation, delivering a single holistic design with a unique point of view. 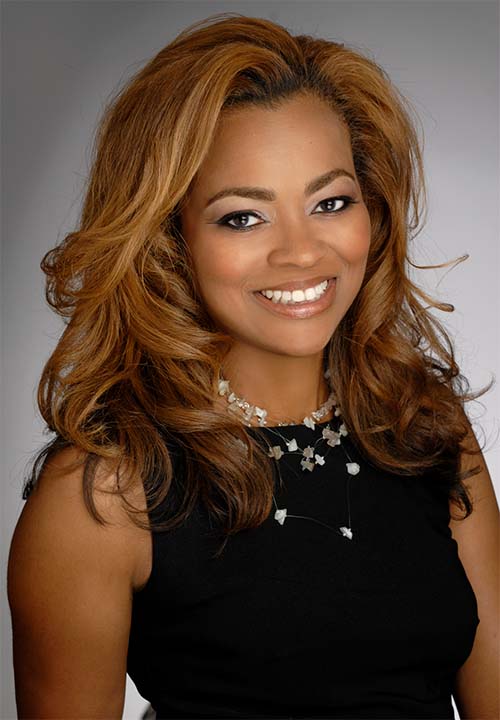 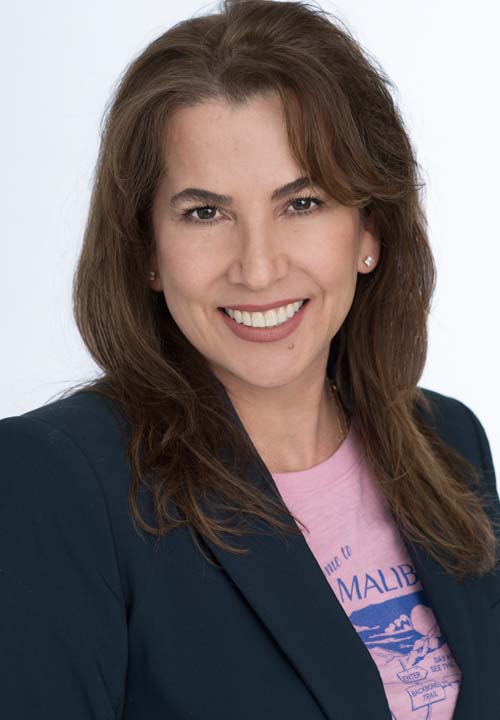 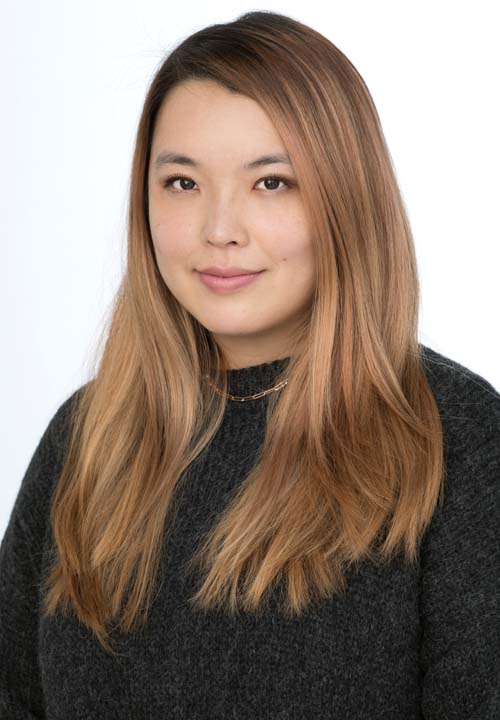 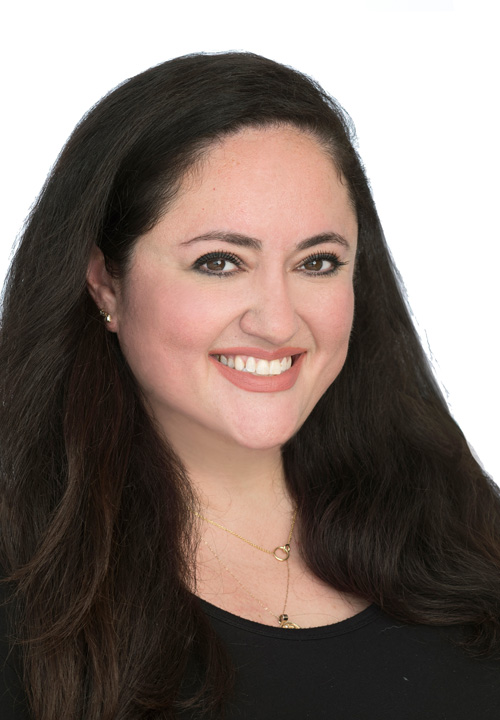 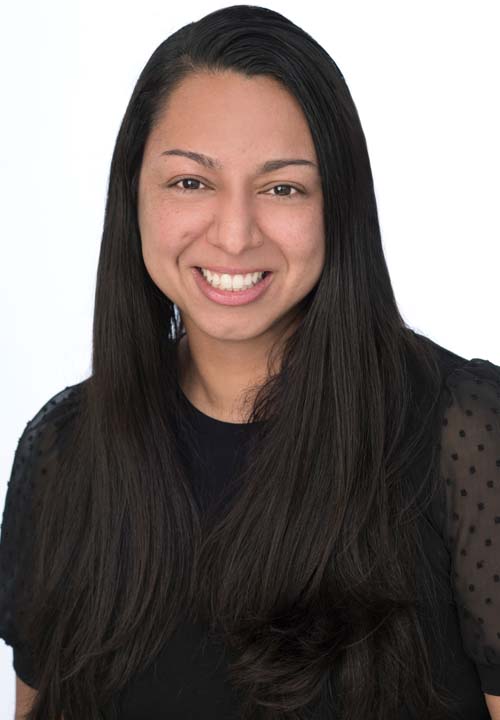 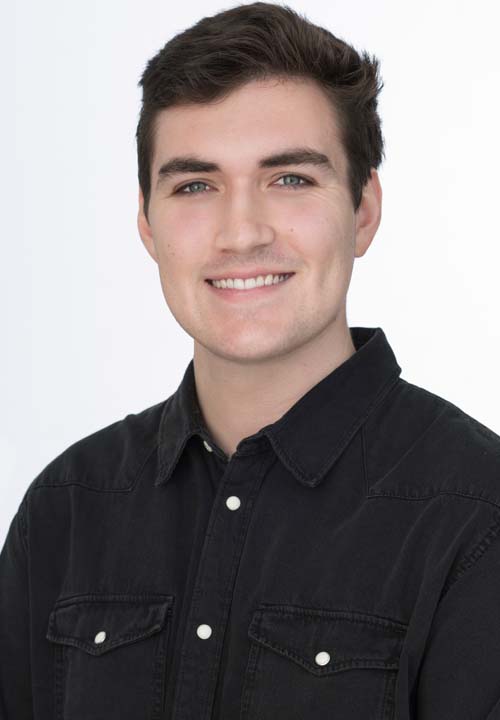 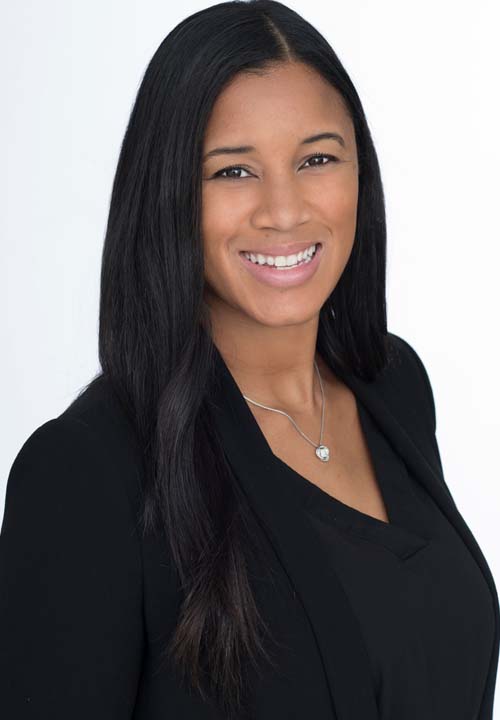 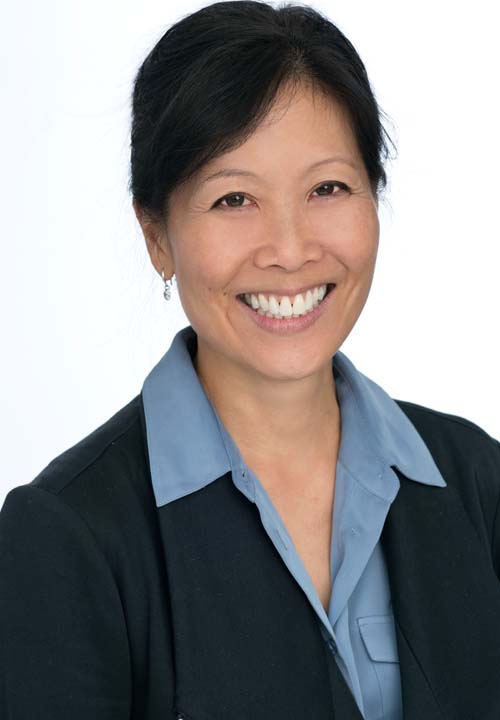 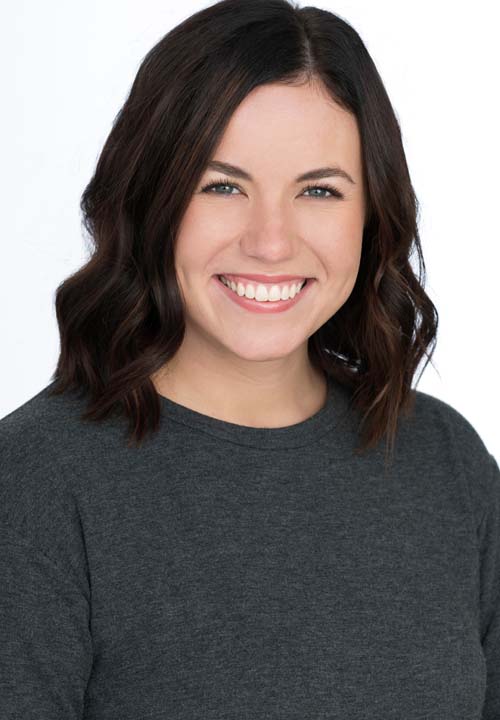 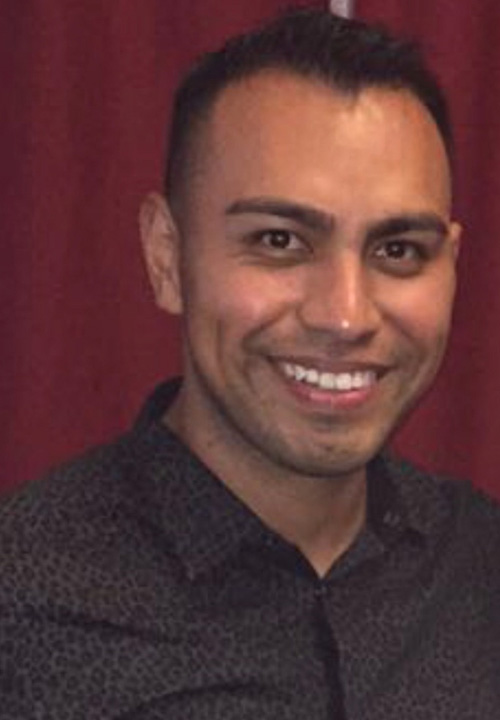 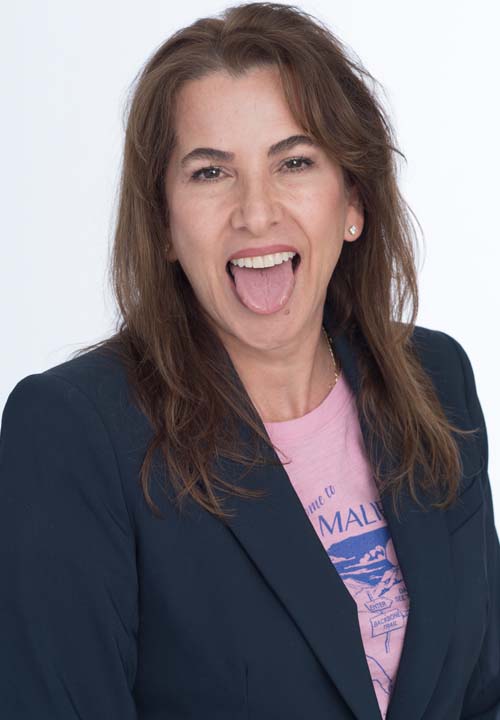 Julissa is the Senior Director of Brand Strategy & Insights for Native Tongue Communications. She is a 20-year industry veteran and an Adweek Agency of the Year award winner. Julissa is fluent in Spanish. In addition to her decorated career in Microcultural Insights and Brand Strategy, Julissa is house flipper. 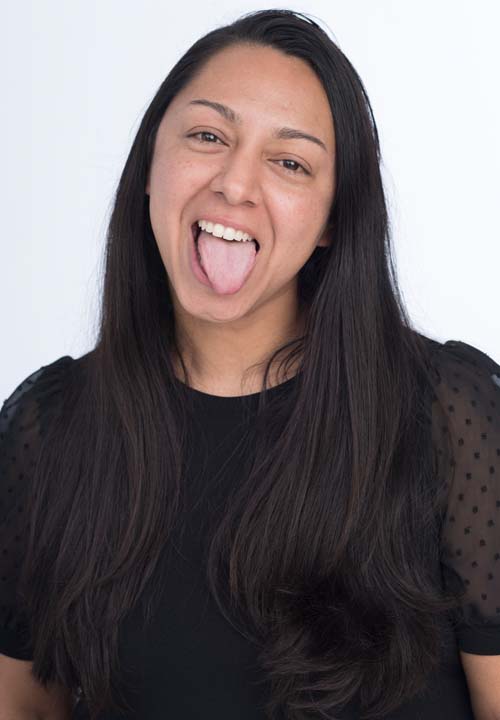 Shelly De León is an all-around marketer with 18+ years’ experience in media + branded content across Hispanic, African-American, Women and General audiences who has held various roles at entertainment companies, media agencies and content start-ups. Her passion for the multicultural space stemmed from the lack of diverse representation on TV shows she grew up watching; propelling her mission to focus her marketing concentration on audiences that resonated and looked more like her. A true LA native, she resides in Burbank with her two kids, three dogs and enjoys soccer mom’ing it, writing, tending her plants and challenging herself with intense HIIT training/athletic conditioning. 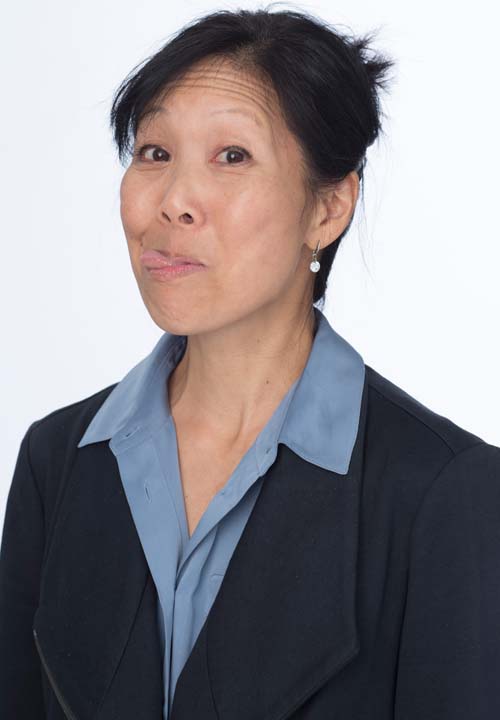 Joining NTC from OMD, Sharon has led media strategy, planning and investment in all channels across various categories for 20+ years. Sharon recently led the global team on Activision developing insight-led strategies and precision buying that culminated in their best two years. Her past background includes innovative brand-launch plans, record-breaking retail strategies, simple to complex attribution and media modelling, establishing the digital practice at RPA as well as transforming from media planning to audience planning. In addition to General Market advertising, Sharon oversaw the diversity advertising for American Honda, working with their respective agencies.​

Sharon brings forth tenacity, curiosity and passion. With a deep bench of experience, she believes in approaching strategies via actionable insights and zero base planning to offer new perspectives.​ 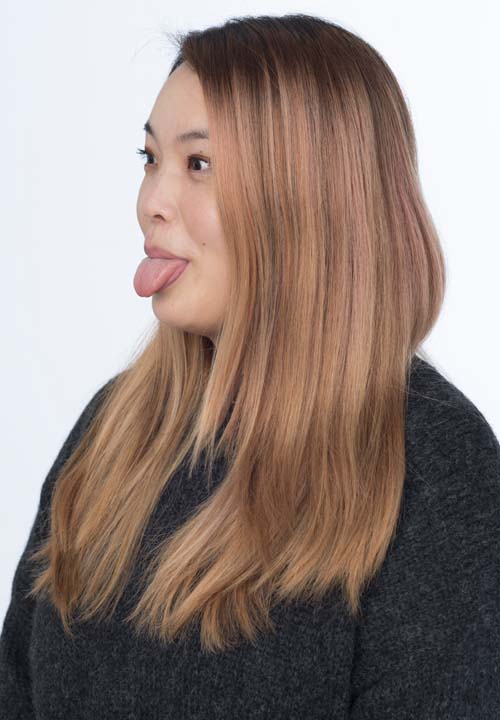 Ellie Kim is a versatile, bilingual marketing professional who is passionate about creating and executing strategic campaigns that help brands achieve their global and domestic business goals. Embedding strategic story based on data and creative insights into campaigns has become one of her strengths and passion for marketing. As an LA Native, she earned the Bachelor of Arts in Political Science and a minor in Film, Television and Digital Media from the University of California, Los Angeles. Her student internship as a Google Student Ambassador ignited her passion and placed her first foot into the world of advertising and media. Since then, she has strategized and executed numerous seasonal and evergreen integrated media campaigns for Fortune 500 companies. 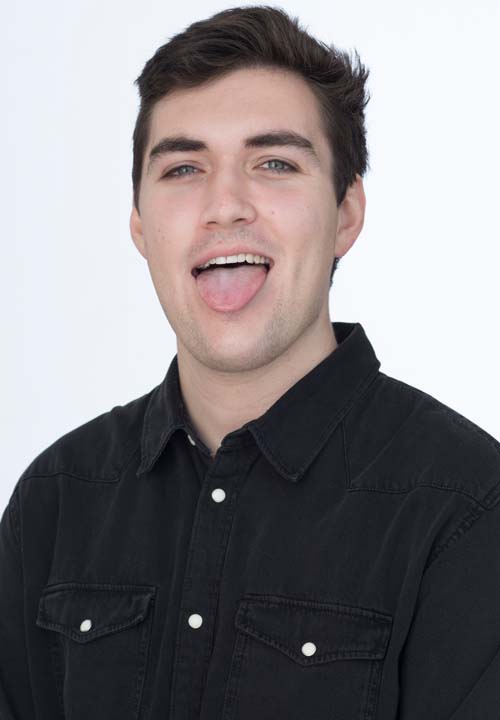 Michael is a content marketing professional working as a Project Coordinator on the Clorox account with responsibility’s ranging from Plan Development, Partnership Execution, and Brand Stewardship. He is a recent college graduate from the University of Nevada Reno with a bachelor’s degree in Business Marketing. 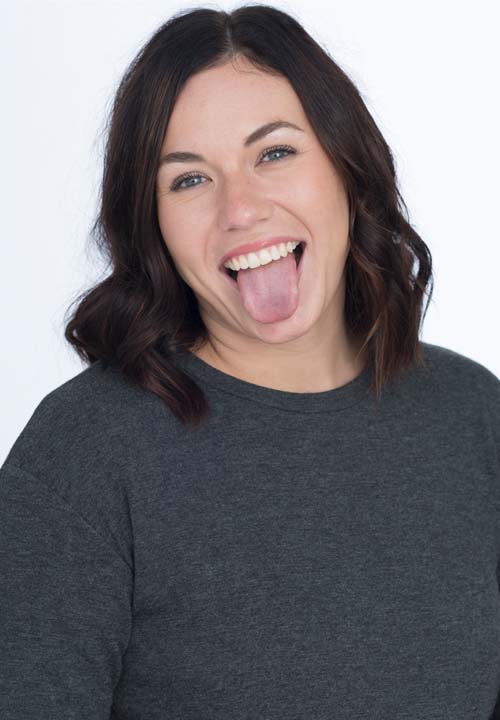 Adyson provides administrative support to the Chief Executive Officer of Native Tongue Communications, Marissa Nance. Adyson has worked in the administrative field for the past five years. She received a BS in Finance from Murray State University with a focus in Commercial Banking. Adyson is well versed in the administration world and wears a variety of hats. She and her husband, Jared, currently reside in Murray, Kentucky with their son, Jace. 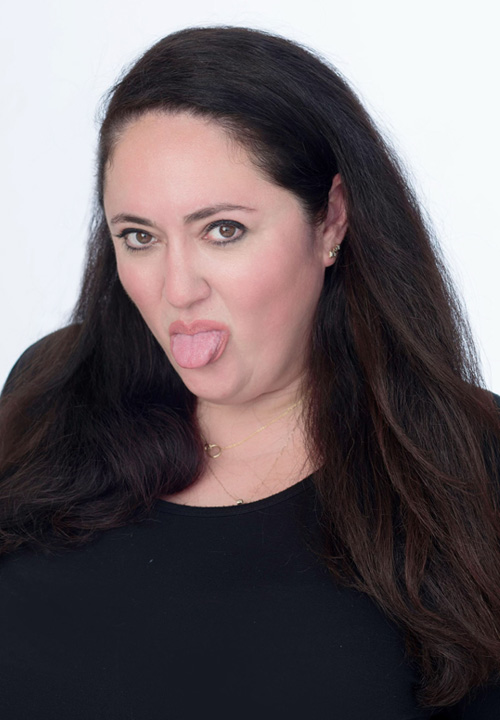 AJ Feuerman (she/her) is a public relations and social media executive with experience representing clients across the entertainment, lifestyle, and tech industries. She specializes in planning and executing innovative campaigns that include both traditional and digital mechanics as well as blogger and influencer outreach initiatives. She is the Founder and CEO of @ajfeuerman Communications.

AJ recently concluded her eighth year on Social Media Club Los Angeles’ Board of Directors and often volunteers as a mentor with college students – she is a frequent guest lecturer at USC and UCLA. She began blogging in 2002 and is still considered a “micro influencer.” She is a member of the Academy of Television Arts & Sciences, Film Independent, TPEC and more. She earned her B.F.A. in writing from NYU and her M.A. in communications from USC. 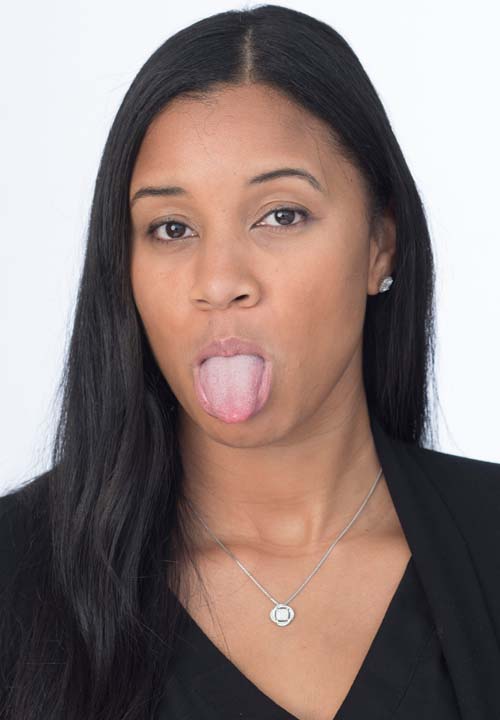 Keyanna Harrell is a marketing and communications professional with 9+ years of experience in branding, messaging, and graphic design. She is skilled at Adobe Creative Suite (Illustrator, Photoshop, InDesign). Keyanna has a B.A. from the University of Notre Dame in Africana Studies and a minor in Portuguese and Brazilian Studies. She lived abroad for six months in Salvador da Bahia, Brazil, where she developed a love for foreign culture, travel, and the Portuguese language. Keyanna has lived in 7 US states and currently resides in Los Angeles, California.

Initiating his professional career at OMD and continuing at NTC, his expertise falls under developing original content and production, storyline, product integrations, and custom 360 media platforms for both General and Multicultural Markets.

Jesse received a degree in International Relations and French Studies from the University of Southern California. He has lived in Mexico City, Mexico and Paris, France. While in Paris he attended l’Universite Paris-Sorbonne where he concluded his French Studies. Jesse is fluent in English, French and Spanish. 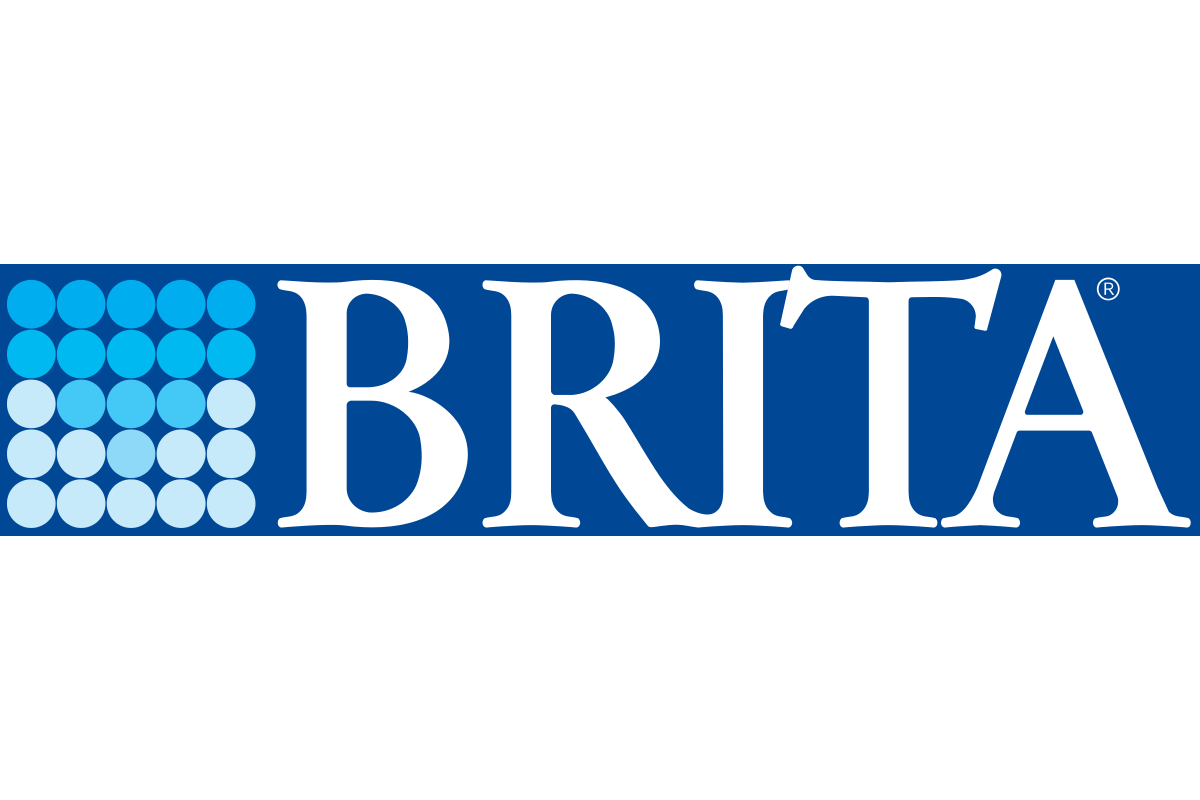 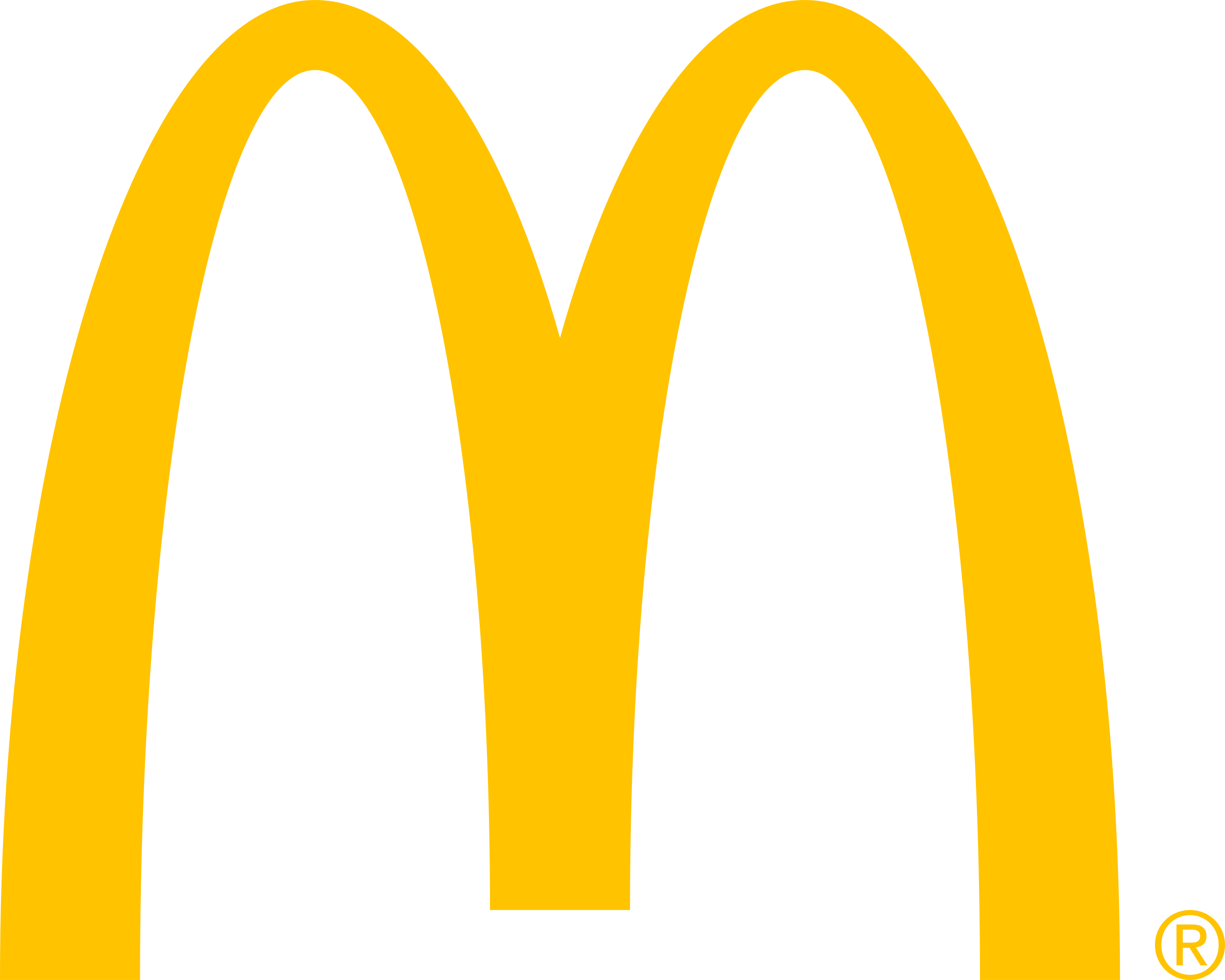 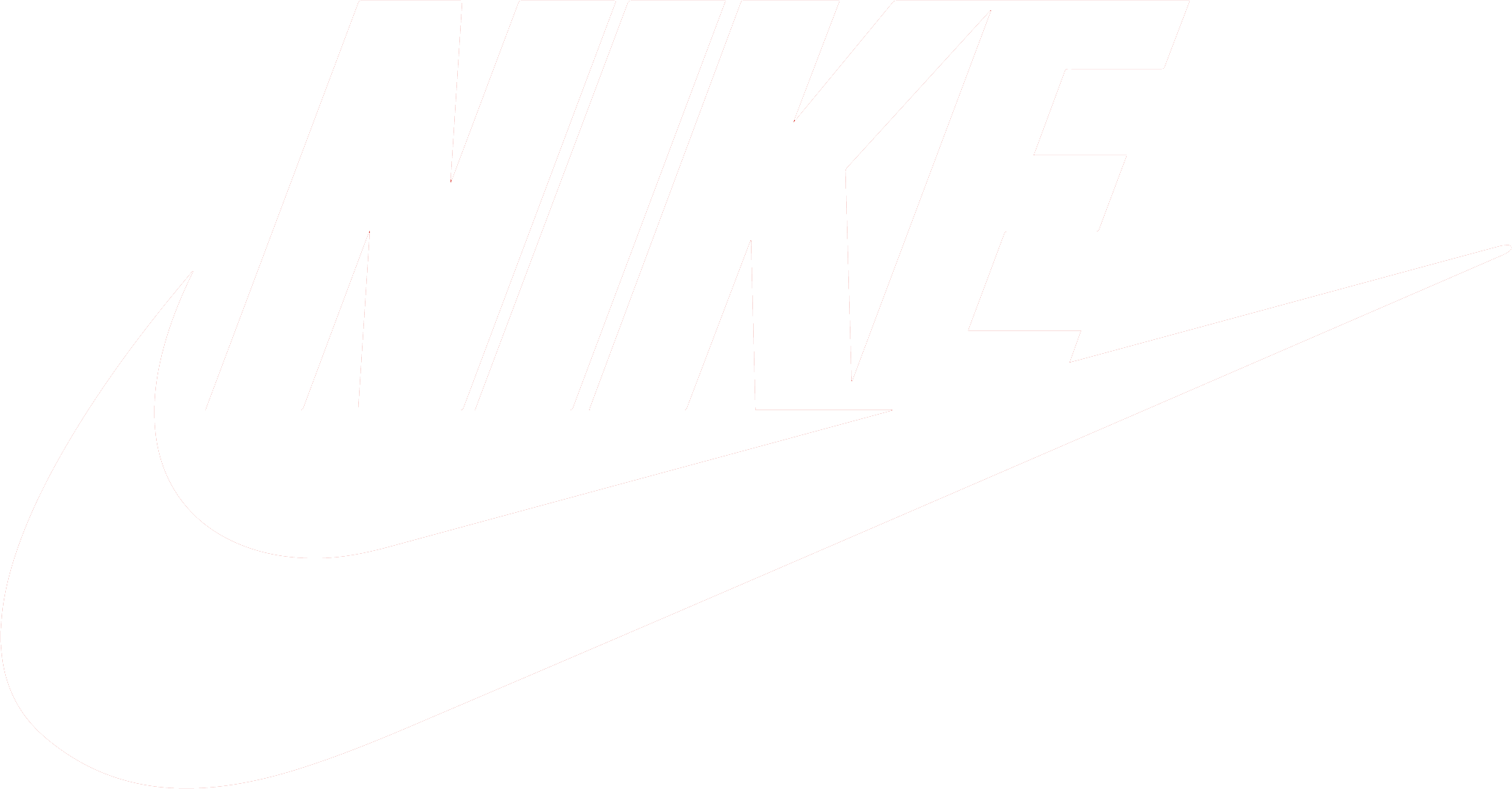 Thanks to the ideas and execution that NTC brings to our marketing efforts, we have been able to build one-of-a-kind programs that enable a deeper, more genuine relationship with LatinX Moms. They never fail when asked to step up for us!

Marissa and NTC are with us from the inception of our many D&I initiatives, they are wonderful partners who help us achieve success, time and time again!

Thanks to the ideas and execution that NTC brings to our marketing efforts, we have been able to build one-of-a-kind programs that enable a deeper, more genuine relationship with LatinX Moms. They never fail when asked to step up for us! 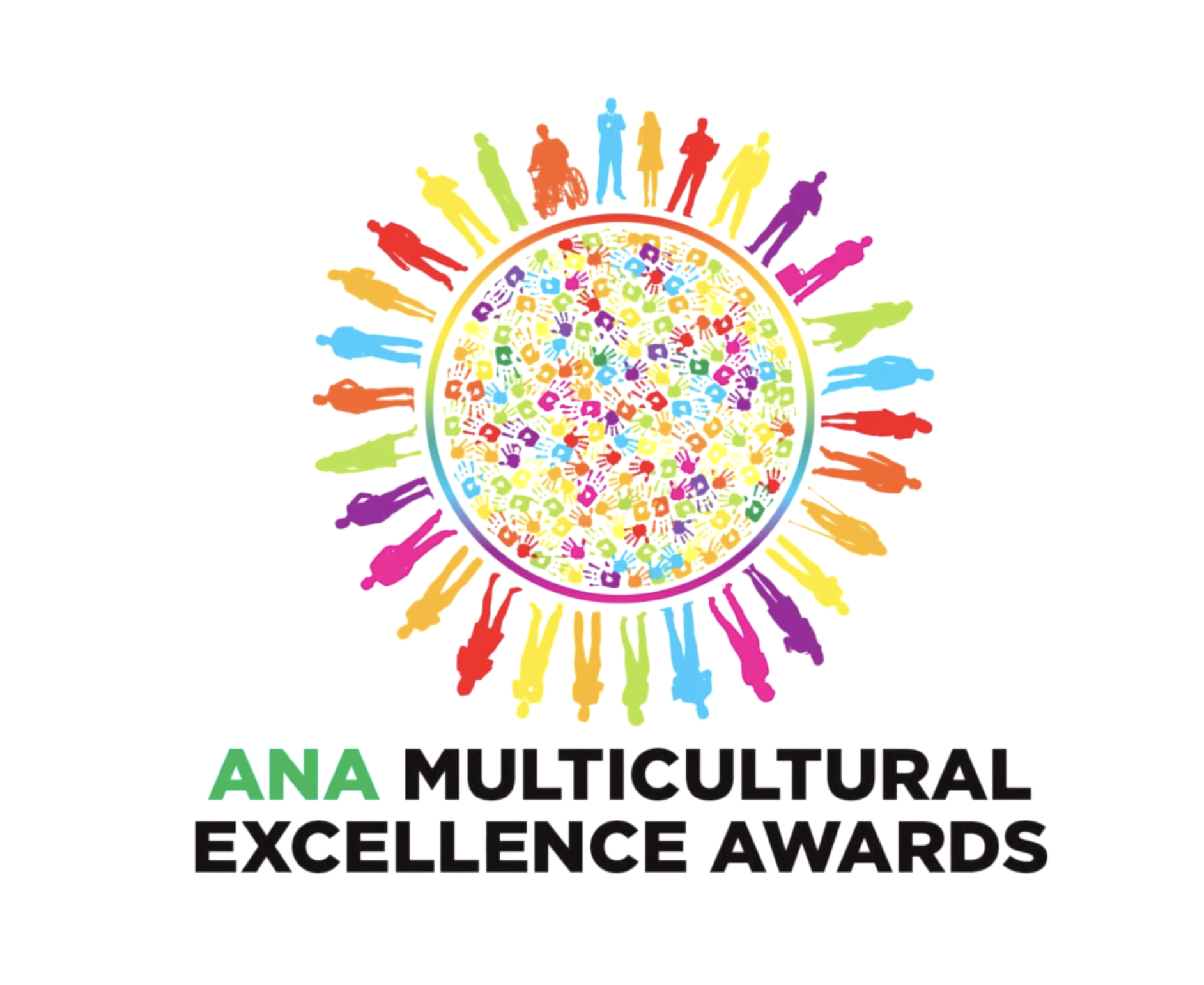 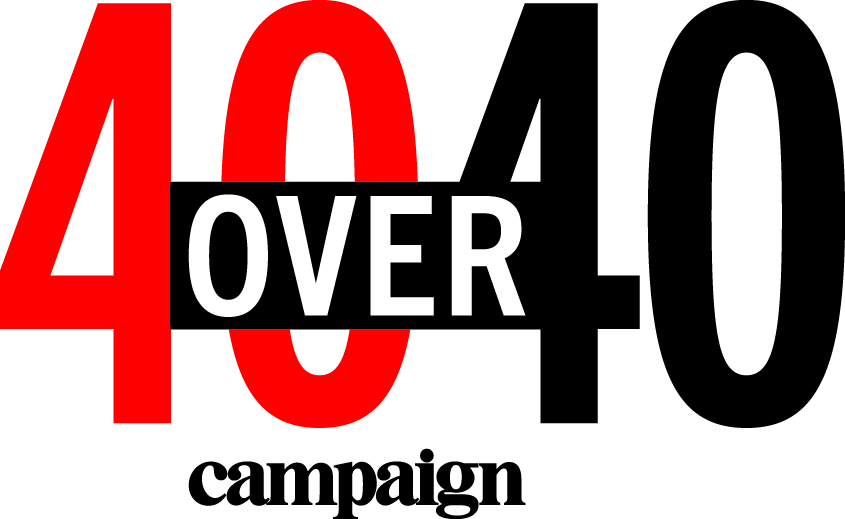 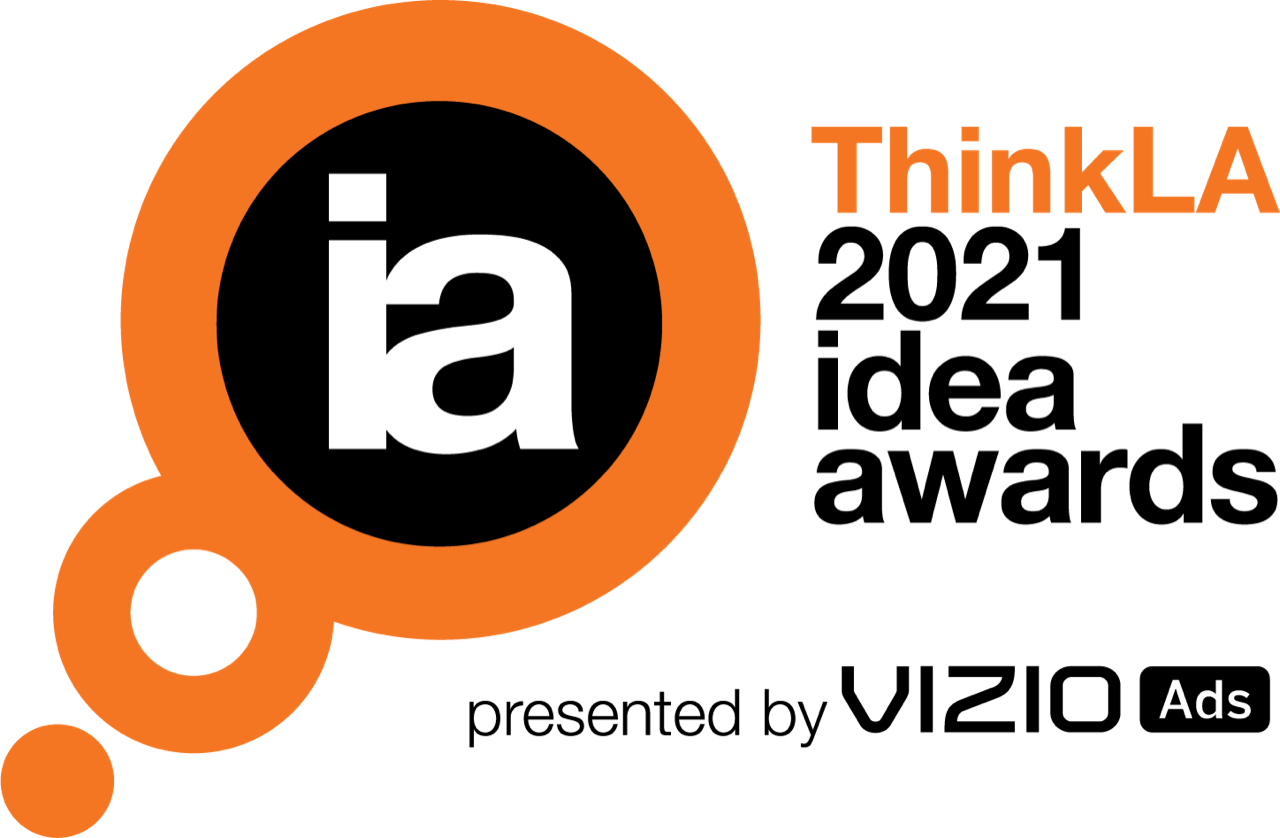